The Towada-Hachimantai Nationalpark, spreads across three prefectures: Aomori, Iwate and Akita and covers an area of more than 850 square kilometers.
As we already visited the Hakkoda Mountain Range and the Oirase-Keiryu gorge in 2015, we decided to head in the direction of Hachimantai Area. 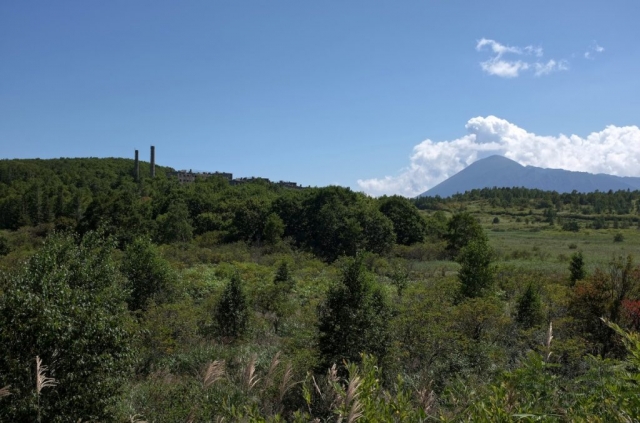 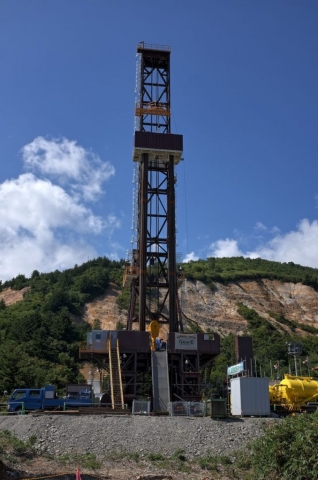 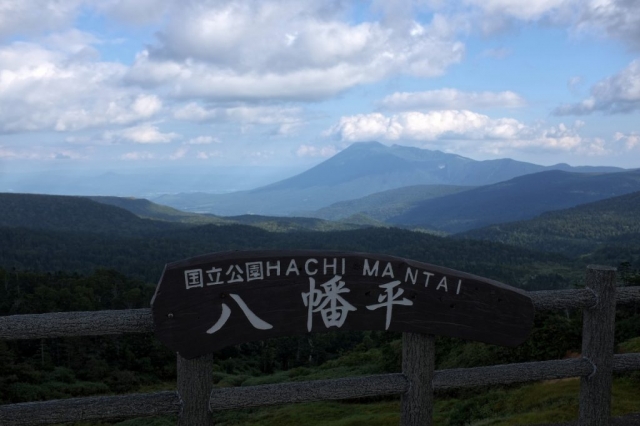 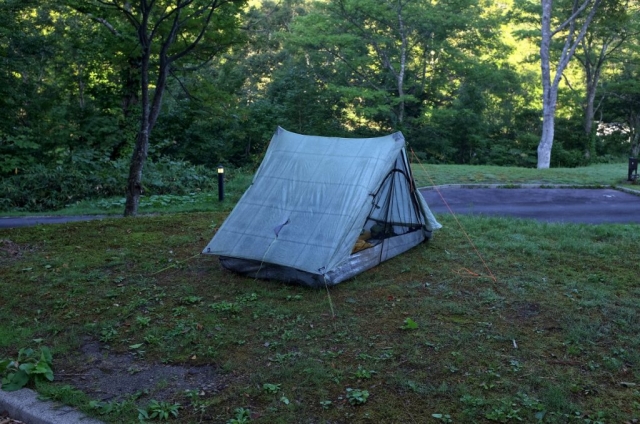 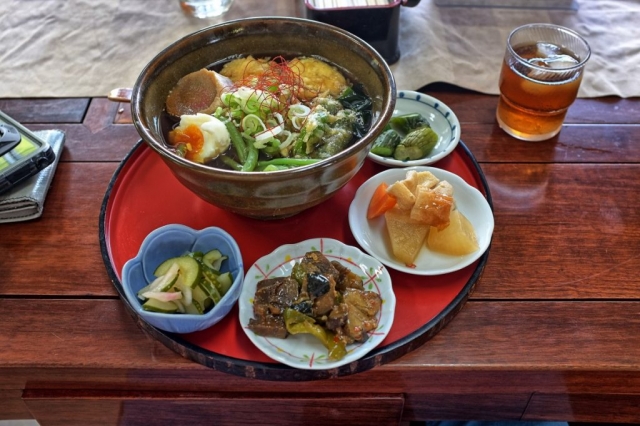 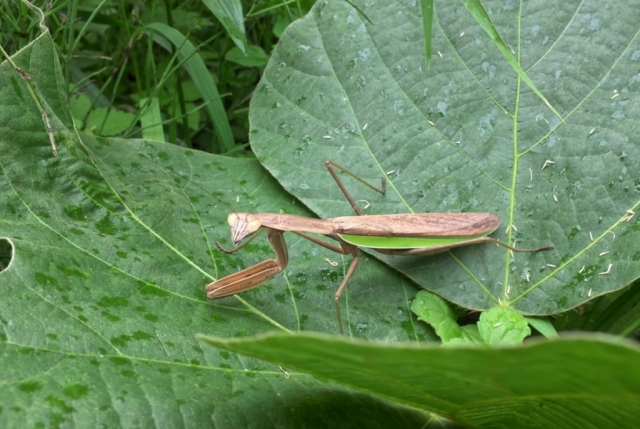 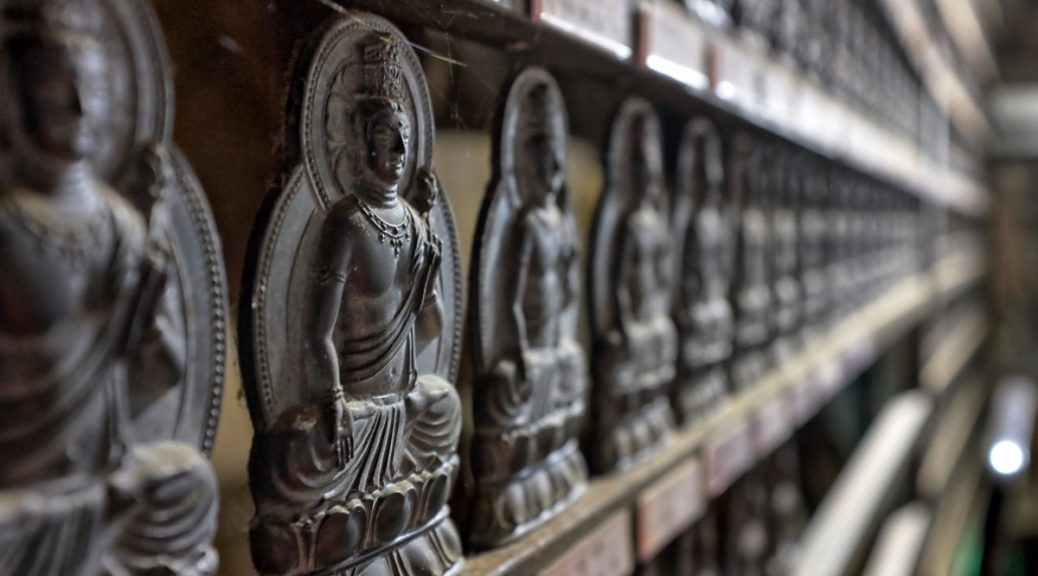 After a long flight, we unpacked and assembled our bikes and took the train to Tokyo. From there we scorched to 700km distant Shin-Aomori by Shinkansen in less than 3 hours, where we changed to local trains driving to Asmushi Onsen. The journey from Switzerland to the northern end of Honshu took almost 24 hours.
For two nights we enjoyed the amazing food and atmosphere of Tsubakikan ryokan and met with our friend Eiji-san. The day after, surrounded by buzzing cicadas, we started our cycling journey!
On our route to Hirosaki we visited Seiryu temple with the recently built collosal Buddha statue. In Hirosaki we stayed at the traditional Ishiba ryokan and spent another relaxed day, before heading to lake Towada. 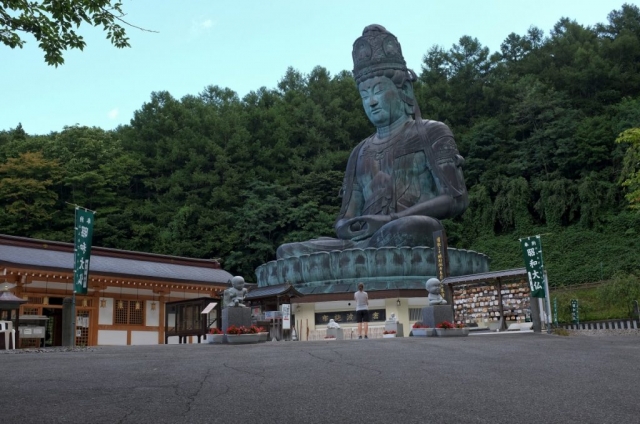 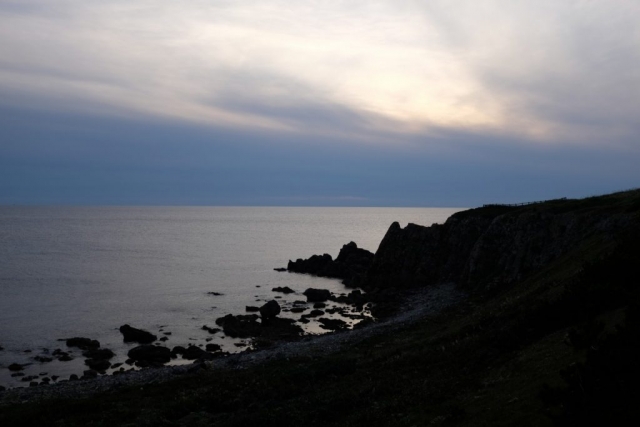 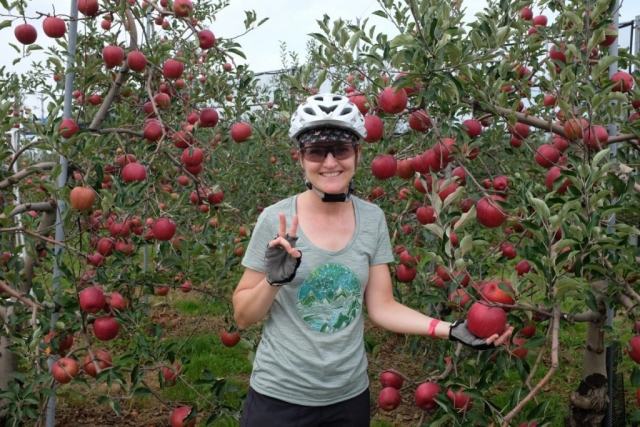 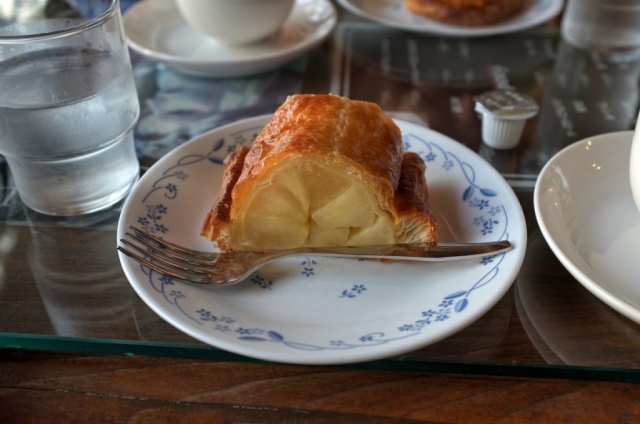 Since it was difficult to find a light backpack, large enough for my bicycle touring gear, I decided to make my own.
Most of the time this pack will be rolled and stored in the bicycle. The concept behind this frameless pack was to lay my two empty Ortlieb classic panniers flat against the back and stuff it tight with gear.
My Hyperlite 4400 Porter served as a template. After a busy weekend and 3 Ikea bags, the result was surprisingly usable. Carrying 10kg gear with this is bearable for up to 1h, I guess.

Let’s see how it will hold up. 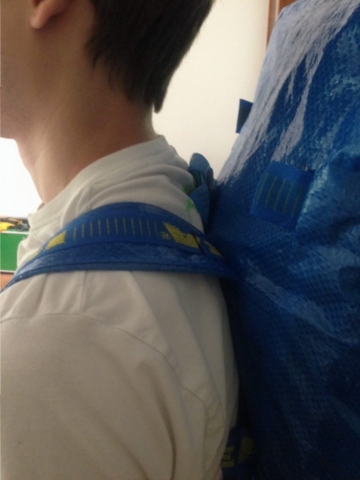 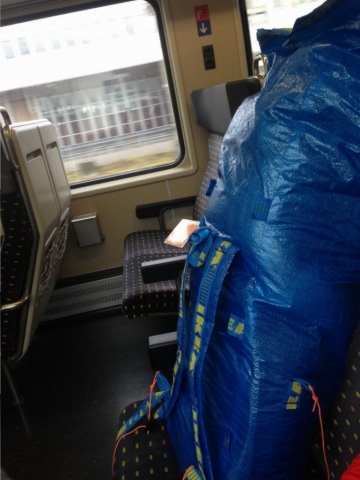 Recently, the thirst for a Kirin after the onsen (hot spring) grew stronger.
Since we had such a great time cycling southern Japan in 2015 – we are planning for a new Japan cycling tour 2017!

I believe it was on Rob’s blog 14degrees.org when we saw a Bike Friday folding bike the first time. How convenient it would be in Japan if we had folding bikes!

When we met Jonas, the owner of Faltbar in Biel, weather wasn’t perfect for cycling. Nevertheless, we tested his BF New World Tourist Silk and Brompton, which helped our decision a lot! Bromptons are fun to ride, but definately not for many hours. Around 4 months later we were able to ride our own Bike Friday New World Tourist folding bicycles.

Soon these tyres will ride on the lonely backcountry roads of Japan! 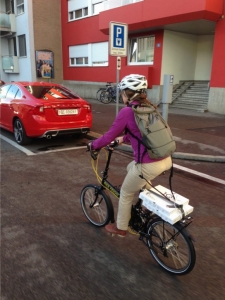 Some japanese skills are needed, especially if you plan to leave the beaten tracks. We recommend:

It is very common to book a hotel room by telephone. A nearby Tourist information office is the best way to book a room and it can be very rewarding to look for a stay that can’t be found on the internet. Our links anyway:

Forecasts more than two days ahead are very unreliable, especially during Taifun season. In general the weather changes many times a day. Links:

If you want to download and use Hiking maps on your mobilephone, the MotionX GPS App does a good job (see table below for more info). In addition many Tourist information offices provide local maps for free.

If you want english books, bring them from home. We recommend:

A list of recommended iOS Apps for the Japan Traveller.

rather scarcity than excess